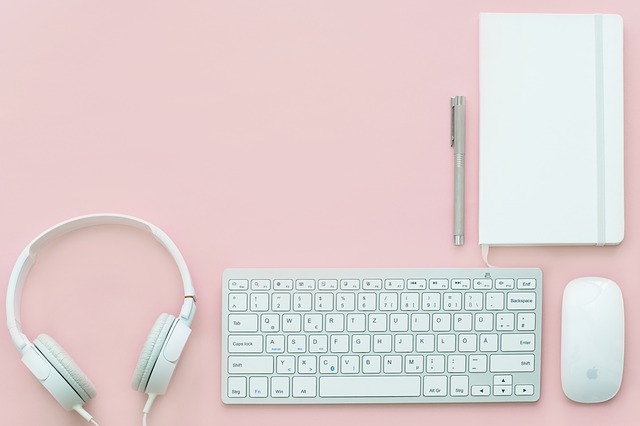 I have been quite busy this December because of my trip overseas. I have a lot of write-ups in mind, which I will be publishing soon. However, let me end the year first with a final blog about my 2017 experiences. Similar to everyone else, my year was full of ups and downs. I think every year is the same. Yet, there are 5 things that I am really thankful for this year. Both positive and negative, they made me realize a lot of things in which I learned from. It opened my mind to a new set of ideas about life in general. These gave me new goals which I look forward not only this coming 2018 but also to the next few years. So with no further a due, here are the 5 thoughts and discoveries that I will never forget for 2017.

I grew up and worked hard to be the best I can and prove everyone I can do it. People thought I am a leader to anyone. I became a pillar of friends who felt weak and dependent. People see me strong and too independent. I don’t want to depend on other people because I felt it was troublesome for them. Sadly it took a bad turn for me in the end. Some of the people got so dependent with me I suddenly saw myself surrounded with negative vibes which they carry. It was overwhelming and it was so hard to handle.

I had been with friends who had been lots of stress lately and it came to the point that they gradually changed, physically and mentally. Some were engulfed with negativity and it broke them to pieces. Some end up sucking the life source out of me because they were so dependent on me. They became scary and impossible to deal with. Some became more selfish than I am and made me feel so chained. I felt strangled and I can’t breathe. It frustrated me badly which actually dragged my own depression down further.

With the help of new friends and new sources, I realized that I don’t want to be in that situation anymore. I don’t want to lead an army of rotting souls because I myself am one of them. I needed to break free. I needed to help myself first and heal my rotting self before I can be a proper pillar to another person. I know I can lead. But as time pass by, I realize I need someone to hold my hand too. I realized that I don’t want to lead. I want to be lead by someone stronger than I am. I need help and I am weak. Admitting to my weaknesses was my first battle. It was hard but it is helping me a lot. I am thankful for this discovery because it teaches me how to create more goals in life. It helps me think of more positive ideas.

I thought when they say “pillar in life” it should be your lifetime partner or lover. I was wrong. Early this year I was drifting away and unexpectedly I met a person who slapped my face what I needed in life. He became one of my mental pillars. He makes me think a lot of the things I have and what I can have if I don’t waste my time on non-important things.

I also realized that I can actually depend on another person at my workplace regardless of what I have already done. She was another mental pillar I held on within this year which actually helped me with both my work and personal issues.

In addition, I never thought I already have a permanent in my life for a long time but I couldn’t see it because I was still looking for it. I found out that my strongest pillar was actually one of my girl best friends. She became my stronghold. I was always hesitant to depend on her. Mainly because I always thought she has her own issues and she already has a family that she needed to focus on. I realized that she was the only one who was unconditionally willing to hold my hand but I was the one who was scared to hold it. Now I hold on to it, and I am thankful she is there always. That she never stayed away no matter how much I became a pain in the ass in the past. How I have been so naive and immature. She was always there waiting for me to come.

I am thankful for their support and care. I know they all did this unconditionally.

I know I tend to act base on practicality. However, I still try to dream a lot which I told myself will make me look forward. Sadly more than 50% of these dreams never came true. Everything was just ideas in mind. No action is done because I always end up doubting or finding them none doable in the end. This 2017, I decided to try to push some of the self-claimed “none doable” ideas to reality. I pushed everything to be a reality by acting and planning them through realistic ways. Discarding what ifs and try them out. These tryouts made me learn a lot of things. Such as things I thought I can do it but just to find out I can’t. It introduced a new door to opportunities for me. It woke me up of what are the things I am REALLY capable of. I failed on some ideas but hey, at least I know what I am able to really handle. It showed me that I shouldn’t limit myself and just try it. I am thankful for it because it opened my mind to a lot of things that I thought is impossible.

People tend to over think. We tend to think too much considering that the answer to our questions is so simple. It’s like 1+1 is equal to 2 but we end up using algebraic expressions to find the answer. A weird way of analyzing, but you know what I mean. I admit I still tend to over think about simple things and wish to have things exactly how I want it. It’s a constant struggle but I started to realize how true this statement is. Life isn’t really complicated. We are the ones who just make it complicated. Sometimes leaving things as is for the meantime and see how it goes, in the end, is better than carefully planning it. Sometimes what we plan doesn’t work out and we end up frustrated and upset. This mostly leads to more problems and it makes things worse than before. After reading these two books; “The Secret” and “The subtle art of not giving a f*ck”, it somehow opened my eyes further to things in my life. Which, by the way, are good books to read when you have time. It makes me wonder why I even thought and acted that way in the past. It would have been easy in the first place. I laugh at myself remembering such things.

Humans, in general, seek things that they don’t have just because others have it. It’s called envy. In return, they forget the things they currently have. Sometimes these things that they neglect are things that people are wishing for in their life. It’s a vicious cycle in life which makes humans unsatisfied and unhappy. They are never thankful most of the time because they feel they need more.

I am thankful for having this flaw. In return, I aim to seek more but knowing this thought, make me happy to know what I currently have. I am satisfied and relieved. It makes it easy for me to live my life the way I want it to be.

It had been a roller-coaster ride all this time. I am happy to have current and real friends by my side. I am also happy to have new ones standing by me. I may not have the highest paid job. I may not be able to buy all the things I want in time. I may not be the hottest girl or have the most alluring body. I am now happy with what I have. After all those things I mentioned above and all the months I laughed and cried this year, I can say I am happy. I am blessed and thankful for what I have. It makes me want to move on and look forward to things to come. Negative things taught me lessons. Positive things inspired me to go on. Happy thoughts and tear-jerking experiences made me realize where I stand, where I should be and where I should go.

This 2018 I will never say I will be a new person. I will not say that I will have this and that. I will not create a new year’s resolution. I will let things flow and let the universe takes it partly with it. I will, however, try my best to live my life.

Tomorrow is a new year. A new beginning they say. But for me, it’s more of a new chapter in life. You can never have the same front page over and over. You should just continue the journey. Life is not complicated. It’s not also full of ideas only. You want to be happy, it’s possible. You can make it possible. You own your life and no one else should dictate it.

May all my readers have a blessed 2018. May it be a prosperous and bountiful new chapter in their lives. Live well and live free. Possibilities are endless.

But it’s a journey and the sad thing is you only learn from experience, so as much as someone can tell you things, you have to go out there and make your own mistakes in order to learn. – Emma Watson

This site uses Akismet to reduce spam. Learn how your comment data is processed.

There was an error retrieving images from Instagram. An attempt will be remade in a few minutes.